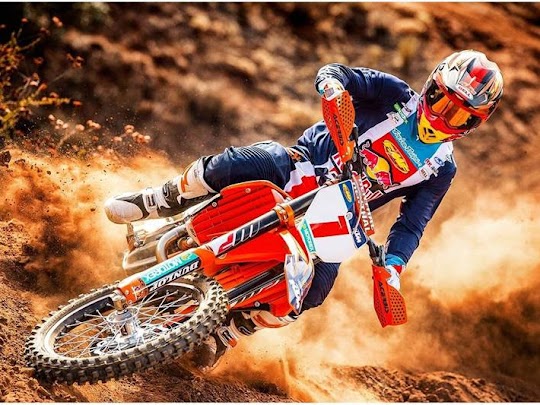 For most of its existence, the Austrian motorcycle manufacturer KTM has produced off-road motorcycles that biking enthusiasts worldwide have raved about for decades. But since the 1990s, they’ve started making street motorcycles too, and that line of products has grown increasingly popular. Their sleek sports car, the X-Bow, has become a favorite of car enthusiasts too. Currently, KTM is the largest European motorcycle manufacturer, selling hundreds of thousands of vehicles each year.

KTM bikes have been winning titles since the company’s founding in 1934. Until the 1990s, they didn’t produce street bikes, preferring to dominate the off-road market as the brand proffered by many professional racers. Now, they make a number of street-legal sports bikes, which differ from traditional touring bikes. For example, the KTM 690 Enduro and KTM 500 EXC are both street legal dual-sports bikes, making them perfect for taking the highway to your favorite trails for some cool off-road action.

KTM’s slogan, “Ready to Race”, says most of what you need to know about this famous brand. They have a storied history, winning their first motocross world championship in 1974. By 2016, they had claimed more than 250 world championships, after beginning to compete in road races in 2003. From 2012-2018, KTM took either 1stor 2ndplace in the Moto3 Manufacturers Championships. Riders looking for power, performance, and prestige typically love KTM’s products because they have proven their success for nearly 100 years.

KTM produces street, off-road, and dual-sports motorcycles, offering a diverse array of options to bikers everywhere. Their willingness to continually evolve over the course of their history is part of what has allowed them to remain an industry leader. Below, we’ve put together an overview of their products so you understand the full potential of this outstanding brand. 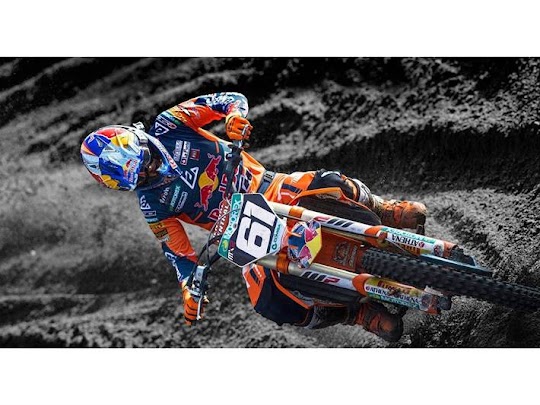 KTM began as an off-road brand, and racers still trust their off-road bikes. Their current Motocross lines are the SX and SX-F, but they also offer the Enduro and Freeride, both of which are street legal dual-sports motorcycles. The Enduro lines are more than just street-legal dirt bikes: they offer incredible road capability, maximizing versatility for riders. The Adventure lines offer similar capabilities for riders looking for a bike that’s smooth on both roads and trails.

KTM’s street bikes can work for any rider, but these aren’t traditional touring bikes. The Duke, Super Duke, SMC, and RC lines are all incredibly powerful, and riders will be sure to enjoy the technology and power that have helped KTM riders win numerous world championships.

Why Buy from Johnny K’s, a KTM Motorcycle Dealer?

At Johnny K’s Powersports, we believe KTM offers top of the line products for riders. We share KTM’s values, and we’re committed to providing unparalleled service and the best bikes available. Don’t take our word for it—KTM says themselves that they want “strong KTM partners, who are READY TO RACE, just like KTM itself.” At Johnny K’s, we’re always ready to race, and more importantly, we’re always ready to serve you. 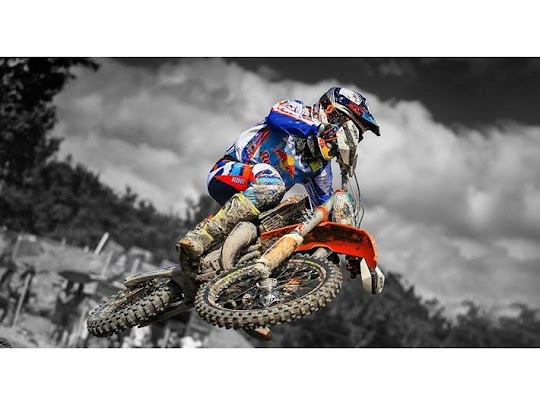 Are We Right for You?

In the past 3 months, Beyond Creative has not just improved our social media engagements, but radically exploded them; exponentially growing our site's readership. The Beyond Creative team are masters at their craft. They work closely with your team to understand your goals, and have impressively delivered far beyond our expectations.
Kevin Shaw
Editor-in-Chief
Joe is one of the most creative individuals I ever had the opportunity to work with. His enthusiasm and passion for what he does are truly inspirational and it translates on his fine work. Without hesitation, I feel comfortable recommending Joe and Beyond Creative!
Alexandra B.
Sales Manager
I recommend Beyond Creative for any digital design work. I worked with Joe at Beyond Creative for work that I needed a fast turn around on. Joe was happy to help and completed the project to my satisfaction in five days! Job well done!
Nadine M.
Marketing Director
I have worked with Beyond Creative for many years. Their passion for their work, attention to detail, and ability to meet deadlines have made them an asset. Highly recommended.
Jonathan P.
Art/Creative Director
My company’s Google rankings and site traffic improved dramatically after just a few months of working with Beyond Creative. The service we’ve received from their team has consistently been above and "Beyond" our expectations.
Matt L.
Owner/CEO

We are a Digital Marketing Agency specializing in Search Engine Marketing (SEM), Search Engine Optimization (SEO), Social Media Management, Strategic Ad Placement, and Email Marketing for Dealers in the Powersports industry. We ride and we get it! We understand the intricacies of your business and share the same passions.